October 28th marks Sustainability Day. We are all well aware of the basics of sustainable living – no single-use plastic, shop local, switch to renewable energy sources when you can. As backcountry campers, we faithfully practice the Leave No Trace principles to keep our forests as they are.

But sustainability reaches far beyond just being eco-friendly. It is also about traveling responsibly, consciously, and experiencing our planet and its people for all that it is. It’s about recognizing and appreciating the complexity that goes into being a human, doing the best you can with what you have.

So let’s use October 28th as a reminder to think not only about incorporating sustainable practices into our daily routines, but to also recognize our position and responsibility as world travelers coming from a developed nation. 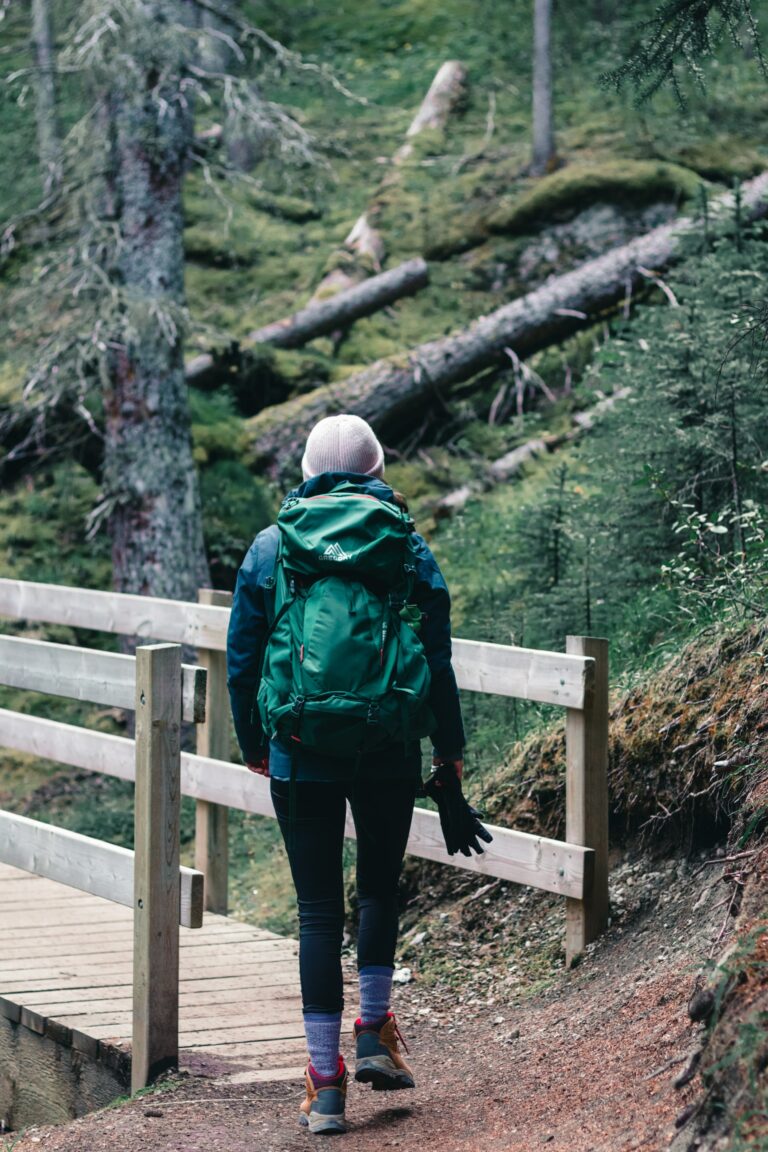 Traveling vs. Vacationing – What’s the Difference?

First, what is really the difference between traveling and vacationing? To us, the difference is pretty clear, but we would love to hear your definition, too!

Vacation gives you time to lay back, relax, and brush off the general craziness that comes from the daily grind. It gives you something to look forward to while working crazy hours at your stand-up desk, the little push you need to finish out the last bit of your project before the deadline.

I mean, who doesn’t love the week-long beach vacation at an all-inclusive resort every once in a while? You know, the one you book last-minute in February to just get a little sunshine during the dark, gloomy, and wet winter months (we do live in the Pacific Northwest, remember).

Vacation is, for the most part, comfortable and convenient. And we like it for that.

So when we say travel, we’re talking about immersing yourself in a place long enough to understand the complexities of it – both the beautiful and the not-so-lovely aspects of it.

We’re talking about embracing the inconveniences and frustrations of the place you’re in, and acknowledging the unanticipated culture shock you feel because of it.

We’re talking about really seeing the piles of garbage in the trenches along the roadside (and learning how to navigate around them), or appreciating the creative ways that people use the resources they have (like the single-use plastic bag that can double as an umbrella or a handy takeaway container), or just recognizing the overall ingenuity that comes from the lack of choice to waste.

We’re talking about spending time in places long enough so that you see beyond just the pretty.

Traveling is also about finding commonality in the shared experience of the human condition.

Especially when it’s with people who live their day to day in a society that is different from the one you’re coming from. And it is recognizing that the choices we make actually do have an impact on other places and people around the world.

So this year we’re celebrating Sustainability Day by highlighting our top 3 things we’ve learned from our time abroad:

When we can, we like to opt for slow travel. This means that once our plane lands, we try to travel like locals as much as possible.

Some of our favorite modes of travel include:

Slow travel also tends to be more eco-friendly than the more luxurious transportation that caters to foreign travelers.

Rome2Rio is one of our favorite resources for planning out different modes of travel. 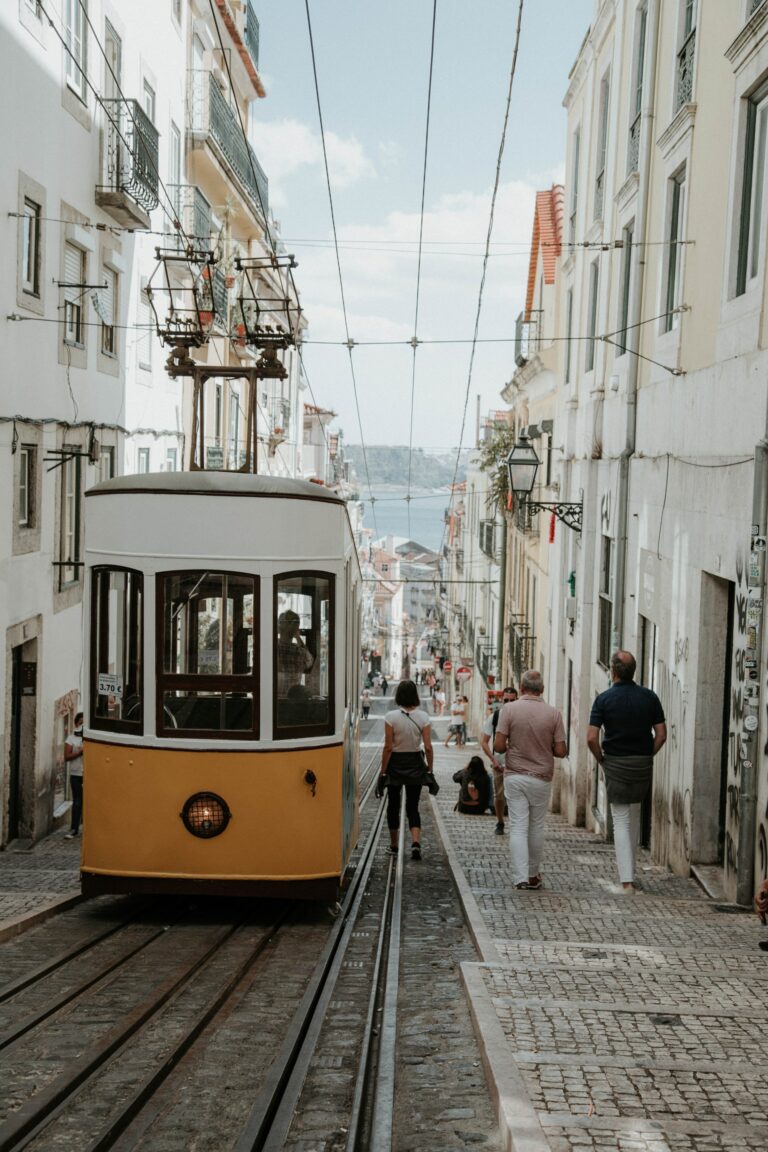 When you travel for longer periods of time, going out to restaurants for every meal can get expensive. So here are some ways we like to eat on the cheap and support local communities at the same time: 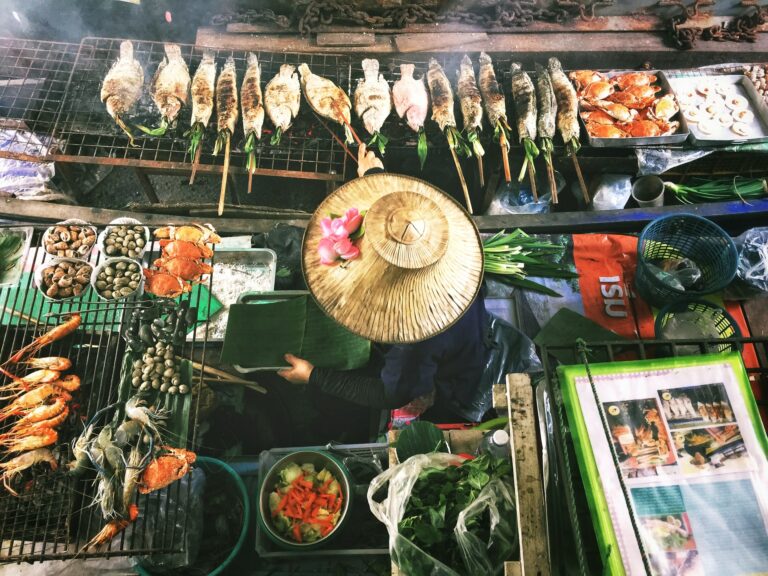 3. The weight of your dollar on the local economy can be humbling

The US dollar is still one of the world’s strongest currencies, which means $1 can take you a lot further in some countries. For example, in Southeast Asia or Africa you can spend a lot less on food, or you can get amazingly luxurious accommodations for the same price as a Super 8 in the US.

The introduction of foreign currency (and travelers) into a local economy, though, can have both positive and negative effects. So being aware of that impact is something we always try to balance when we are tipping or paying for services in foreign countries. We want to respect and support the people wherever we are.

Here are some ways that we’ve seen dollars have an impact:

One of the starkest examples of the impact of foreign currencies we’ve seen is in Cuba, where Kailie has spent a lot of time. Cuba has a dual currency system that was designed to keep the tourist economy separate from the local Cuban economy. After decades of this system being in place, an inverted economy has developed where those workers who interact with foreigners in hotels, restaurants, taxis, etc. earn the foreign, higher valued currency, while professionals like doctors, teachers, engineers, etc. remain in the local currency. Talking with your taxi driver, you may be surprised to find that he was once a civil engineer, or a chemistry professor, or even a physician who has left their professional career to work in a lower skilled industry for access to foreign currencies.

Even in countries that maintain one currency, the impact of a $20 tip could have a significant difference from one region of the country to another. In tourist destinations, a standard 15-20% tip may be customary due to the high costs of goods and services in the area. But in other regions, the same tip may cause embarrassment or shame for the recipient – a bit too much “thanks” for the service provided.

In some locations, the circulation of stronger foreign currencies can incite preferred service for foreigners over locals who still need the service. For example, foreigners may have quicker access to medical care or transportation services because their dollars are worth more (and they’re willing to pay more for the convenience too!). Or on the flip side, it may lead to corruption or predatory practices on the unknowing tourist.

At the same time, despite some of the unintended negative consequences, the circulation of foreign currencies also can have amazingly positive impacts on the local people and the economy.

For example, in Costa Rica, ecotourism has enabled the country to protect and promote its rainforests and wildlife, or in Mexico the introduction of foreign money in some rural areas has resulted in access to education or medical attention. Sometimes foreign currency means cleaner water or a better quality of life for the people who live there. 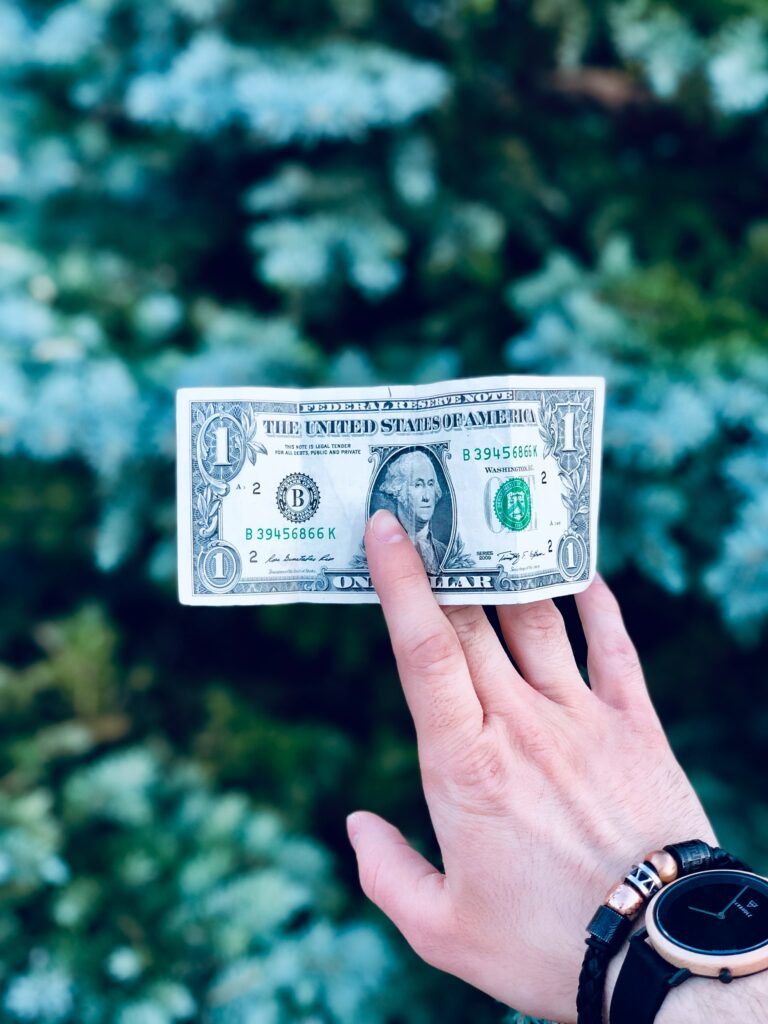 So whether it’s vacation or travel that’s next on your calendar, Sustainability Day is a good opportunity to reflect on how amazing our planet, and the people on it, really are.

In the end, the more we travel, the more we realize how much more there is to learn and see. We get to know ourselves better, and at the same time, we’re continually humbled by how amazing the world can be.

Just exposing ourselves to a different way of doing things, and different ideas and cultures has benefits for all of us. The exchange of ideas, finding common ground with people who at first may seem so very different from us, and appreciating the huge variety of human life on earth enriches the soul and makes travel so worth it.

That sounds sustainable to us!

Like this article? Make sure to Pin It so you can go back to it later! 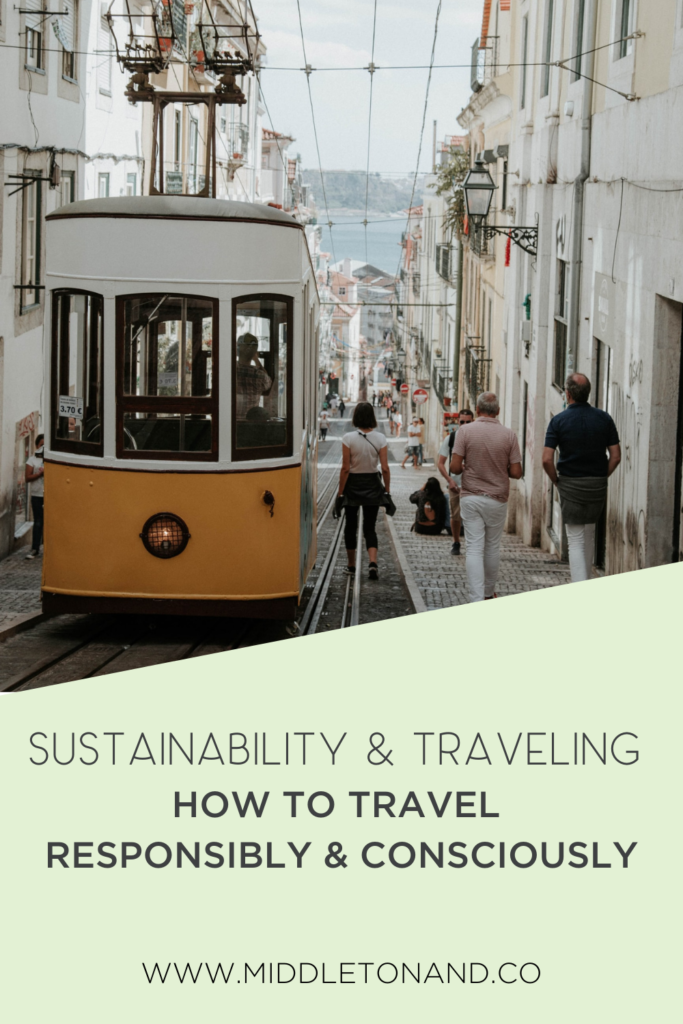 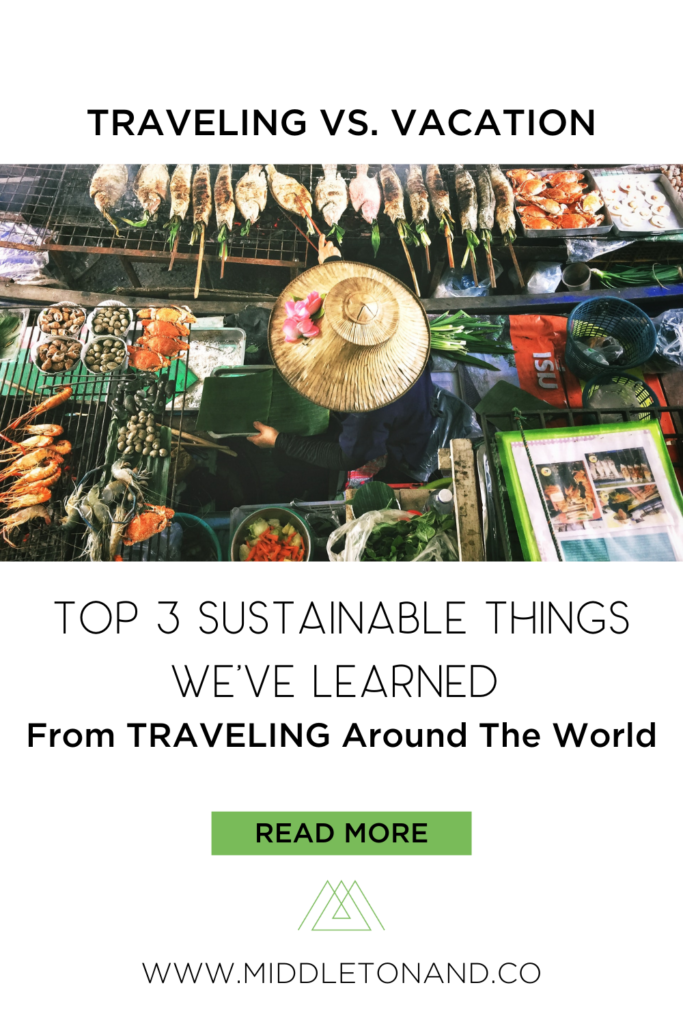 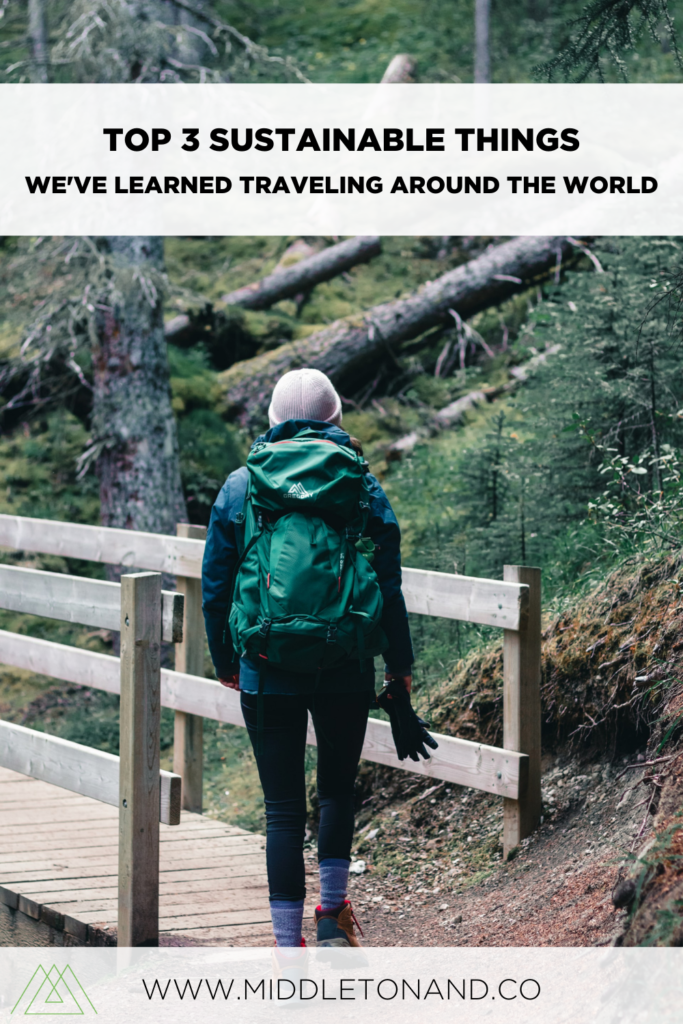 Taking a Sabbatical: Will it Ruin or Grow Your Career?​
Perfect Gifts for Someone Going on a Sabbatical
How to Go on a Sabbatical in the Next 5 Years
6 Things That Can Ruin Your Sabbatical
PrevPreviousHow Can Your Health Saving Account Fund Your Sabbatical
NextYou Wouldn’t Believe the Benefits of Spending 2 Hours/Week in Nature! + Tips on how to do it when it gets cold out!Next
This blog post is provided for educational, general information, and illustration purposes only. Opinions expressed herein are solely those of Middleton & Company, unless otherwise specifically cited. Material presented is believed to be from reliable sources and no representations are made by our firm as to another parties’ informational accuracy or completeness.
Nothing contained in the material constitutes financial or tax advice, a recommendation for purchase or sale of any security, or investment advisory services. We encourage you to consult a financial planner, accountant, and/or legal counsel for advice specific to your situation. Reproduction of this material is prohibited without written permission from Middleton & Company, and all rights are reserved.